Supported by the European Society of Coloproctology

Right colectomy (hemicolectomy) involves the removal of the cecum, the ascending colon, the hepatic flexure, the first one-third of the transverse colon, part of the terminal ileum, and the associated regional fat and lymph nodes, and is the accepted treatment for malignant neoplasms of the right colon.

A minimally invasive approach is commonly used for right colectomy, with studies reporting reduced complications, blood loss, and hospital stay when compared to an open approach.
However, there remains controversy regarding whether robotic assistance is advantageous for this technique and whether an intracorporeal (ICA) or extracorporeal anastomosis (ECA) is best.
In 2012, Park et al. published the only available randomized controlled trial comparing robotic and laparoscopic right colectomy, with 35 patients in each arm. The only statistically significant differences found were a longer operative time and a higher cost in the robotic group; however, the groups were not equal in the use of ICA, with 30 robotic vs. only 7 laparoscopic patients receiving an ICA.
A database study utilizing the NSQIP by Miller et al. reported shorter hospital stays and longer operative times with robotic right colectomy when compared to a laparoscopic approach; however, this study did not track anastomosis type and even though it was a database study, the robotic arm included only 109 patients as compared to 2,740 patients in the laparoscopic study arm.
Two recent systematic reviews by Xu et al. and Trastulli et al reported significantly less blood loss, lower postoperative complications and a faster recovery of bowel movements with robotic colon surgery when compared with a laparoscopic approach. The review by Trastulli et al. also reported significantly fewer conversions to open surgery specifically for robotic right colon surgery.
These studies suggest that robotic right colectomy is associated with a better and shorter postoperative recovery when compared with a laparoscopic approach.
Studies comparing anastomotic techniques include the first study to compare laparoscopic intracorporeal anastomosis (ICA) with laparoscopic extracorporeal anastomosis (ECA) in right colectomy by Hellan et al. In that study, the authors found no differences between anastomotic techniques. However, a recentsystematic review and meta-analysis of 12 studies comparing laparoscopic ICA and ECA that included 1492 patients, reported that ICA decreased the length of hospital stay and reduced short-term morbidity, including significantly reducing the rate of surgical site infection. Another study by Shapiro et al. reported decreased rates of incisional hernias and re-interventions with ICA.
A second systematic review and meta-analysis of 15 papers and 4 conference abstracts that included 1957 patients, reported improved cosmesis as measured by a smaller incision length, significant less blood loss, shorter time to first defecation, shorter time to liquid diet, and shorter length of hospital stay with laparoscopic ICA vs. ECA.
These studies suggest that intracorporeal anastomosis after minimally invasive right colectomy has several advantages, and robotic assistance could enhance the ability of the surgeon to perform an intracorporeal anastomosis, reducing the conversion rate and improving the quality of the suturing with the EndoWristed® instruments.
Many of the above-mentioned results relied on retrospective non-randomized comparison trials that compared robotic to laparoscopy without controlling for anastomosis technique, or compared ICA to ECA without testing for a possible benefit of robotic assistance. Therefore, prospective, multicenter studies simultaneously comparing both variables (surgical approach and anastomotic technique) are needed to provide further scientific evidence on the best technique for minimally invasive right colectomy.

This study is a prospective, international, multi-center, 4-parallel-cohorts study.
Sites or surgeons will select a cohort of the study for which they are qualified.

It is not feasible to randomize patients to compare these techniques as doing so would limit the number of centers that could participate. Not all centers in Europe have access to robotic systems and not all surgeons in Europe are trained in intracorporeal anastomosis.

All patient assessments will be done according to the sites standard of care. Parameters routinely recorded during right colectomy surgery will be collected prospectively. Enrolled subjects will undergo assessments at the following intervals: pre-operative, operative, discharge, 30 days, 3 months, 1 year and 2 years post–surgery. A description of the study visits and required study procedures is included in the protocol. Patient assessments will be done according to standard of care.

Rectal cancer is relatively common, with almost 40,000 new cases estimated for 2017 in the US alone. The standard of care for its treatment is total mesorectal excision (TME), the en bloc sharp dissection of the tumor and the mesorectum (the surrounding perirectal lymphatic tissue located within a thin fascial layer) under direct vision. TME has reduced local recurrence rates and improved overall survival. When combined with low anterior resection (LAR), the technique is used to excise tumors in the lower two-thirds of the rectum, a technically challenging surgery due to a narrow pelvis and difficulties in obtaining adequate exposure.

Several surgical techniques are used to perform TME. Dissection using open laparotomy and minimally-invasive laparoscopic or robot-assisted abdominal approaches is performed in a ‘top-down’ manner, where the instruments are inserted transabdominally and the procedure progresses from splenic flexure/sigmoid colon mobilization to rectal resection. A transanal approach may also be used, a ‘bottom-up’ procedure where instruments are inserted through the anus to perform rectal resection and TME. Minimally-invasive laparoscopy can reduce morbidity compared with open laparotomy and has been increasingly used, but high conversion rates from laparoscopy to open surgery have been reported because of technical difficulties in the narrow surgical space. Robotic assistance has the potential to further improve outcomes, including fewer conversions and improved potency compared with laparoscopy, with greater benefits reported in male and obese patients and those undergoing LAR.

However, comparison of open, laparoscopic and robotic approaches is needed, particularly compared with the transanal approach, to help determine which technique may provide optimal outcomes. Inclusion of the most high-risk patients, i.e. those who are most difficult to operate, such as obese patients with narrow pelvis, large mesorectum, large tumor, or bulky prostate, and consideration of oncologic, morbidity, and functional outcomes (i.e. through a co-primary evaluation) should help to achieve this aim. A randomized controlled trial is ethically problematic because of the difficulty in achieving equivalence regarding surgical experience with each technique.

Thus, the prospective, observational rectal surgery evaluation trial (RESET) will aim to study TME with LAR using open laparotomy, laparoscopy, robot-assisted surgery, or transanal surgery in four parallel, case-matched cohorts in centers with expertise in these procedures. The study will be performed in a quality-controlled manner to avoid learning curve concerns while ensuring adequate enrolment for clinical relevance. The primary objective of RESET will be to evaluate each technique in high-surgical-risk, non-metastatic, mid-to-low rectal cancer patients by assessing oncologic, morbidity and functional outcomes in a co-primary endpoint comprising three postoperative measures of success: circumferential resection margin (CRM) ≥1 mm, TME grade III, and minimal postoperative morbidity (absence of Clavien-Dindo grade III-IV complications within 30 days after surgery). Secondary endpoints will also include the co-primary endpoints over the long-term (2 years), as well as quality of surgery, quality of life (QoL), length of hospital stay, operative time and rate of unplanned conversions.

Find in this page a copy of MIRCAST Protocol Information at ClinicalTrials.gov and updated information

List of centers that have already included patients in MIRCAST Study

Find in this page a copy of RESET Protocol Information at ClinicalTrials.gov and updated information

Coronavirus disease (COVID-19) is an infectious disease caused by a newly discovered coronavirus. Most people infected with the COVID-19 virus will experience mild to moderate respiratory illness and recover without requiring special treatment. Older people, and those with underlying medical problems like cardiovascular disease, diabetes, chronic respiratory disease, and cancer are more likely to develop serious illness. The best way to prevent and slow down transmission is be well informed about the COVID-19 virus, the disease it causes and how it spreads. Protect yourself and others from infection by washing your hands or using an alcohol based rub frequently and not touching your face. The COVID-19 virus spreads primarily through droplets of saliva or discharge from the nose when an infected person coughs or sneezes, so it’s important that you also practice respiratory etiquette (for example, by coughing into a flexed elbow). At this time, there are no specific vaccines or treatments for COVID-19. However, there are many ongoing clinical trials evaluating potential treatments. WHO will continue to provide updated information as soon as clinical findings become available. The COVID-19 virus is having a huge impact in our Healthcare Systems and has already made us change the way we run our daily practice. In the surgical field, some hospitals have had to stop their elective procedures, others are doing only oncologic cases and all of them have modified the follow-up visits of their patients. MIRCAST Study remains active during this pandemic, but will closely monitor the recruitment and profile of the patients recruited. If you work in a MIRCAST Study participating center, please take a close look to the special measures adopted. 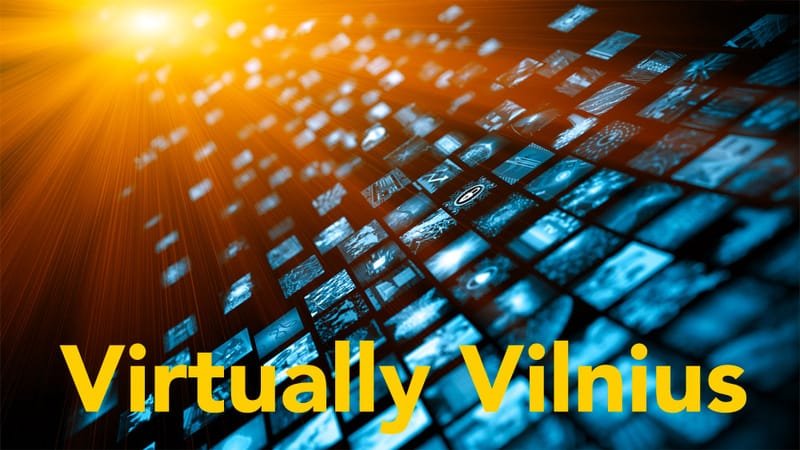 MIRCAST will be present at AFC meeting 2018